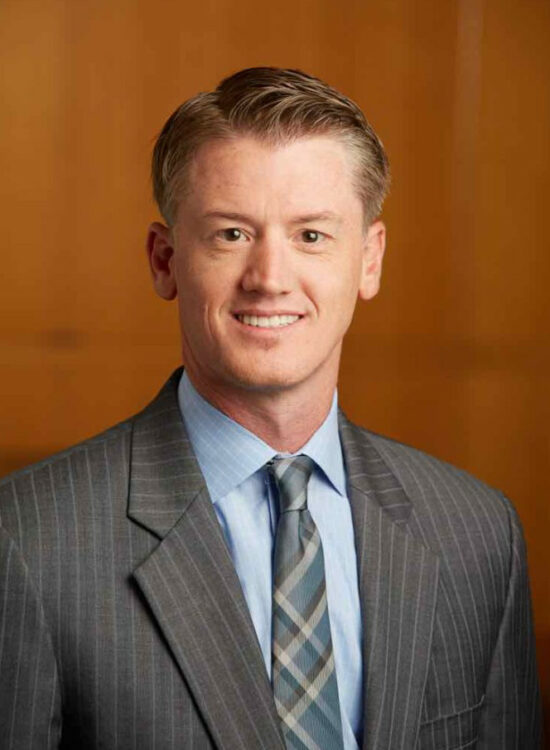 Coyt Johnston is truly a rising star in the legal community. His capabilities far exceed his years in practice or what is typical from a young Texas business litigator or professional malpractice lawyer.

As the son and namesake of a well known and revered legal legend, Coyt has always had big shoes to fill in the legal community. He hit the ground running in his law practice and never looked back. Coyt has embraced and exceeded the high expectations that come from his name as a Texas trial lawyer.

“Coyt has a unique combination of tenacity, creativity, and perspective, says Johnston Tobey Baruch co-founder Randy Johnston, also his father. “Everything he does is set against the backdrop of what is in the client’s best interests.”

Randy believes he is a tough evaluator because of his extremely high expectations for Coyt. Coyt instinctively understands the perceptions of jurors, judges and arbitrators because of his life-long interest in the law. As a pre-teen, he would attend entire trials with his father to observe and read juror reactions. That focus was further developed in college at the University of Texas at Austin and then in San Antonio while earning bachelor’s degrees (with honors) in political science and psychology. His study of psychology always emphasized jury perception. In law school at the Southern Methodist University Dedman School of Law, Coyt took as many litigation-related classes as possible and was a leading participant in the school’s highly acclaimed civil clinic.

He was a trial college fellow of the American Board of Trial Advocates (ABOTA) at Princeton University in 2010 and a member of the guest faculty at the 2012 ABOTA trial college at Harvard University. He served as young lawyer coordinator for the Family Law Cares Pro Bono 5K run in 2013, helping to increase awareness of the need for more Texas attorneys to volunteer to handle legal cases on a pro bono basis for indigent Texans.

Coyt was named Lawyer of the Year in 2019 for Mergers and Acquisitions Litigation in Dallas/Fort Worth by Best Lawyers in America. He has been listed among the Best Lawyers every year since 2016 in Commercial Litigation and M&A Litigation. Coyt has been recognized on the list of Texas Super Lawyers from 2018-2022 by Thomson Reuters, and on the list of Texas Rising Stars from 2015-2018. He was honored among the Up-and-Coming 100 lawyers in Texas in 2017-2018 by Thomson Reuters. Likewise, D Magazine named Coyt to the annual listing of Best Lawyers in Dallas from 2014-2022.

Coyt has written, spoken and been interviewed by local media on a number of legal topics, including the ethical pitfalls of social media in a legal practice, use of social media in business and trends in professional and legal malpractice.

Coyt Johnston is available to speak to groups on the following topics: