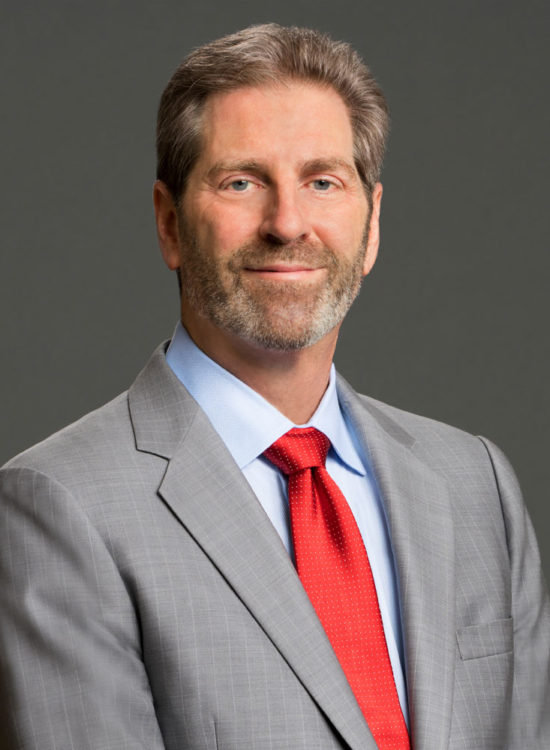 2020 Dallas Bar Association President Robert Tobey knows where all the bodies are buried. He is a master at preparing and handling cases for trial, arbitration, or settlement. Robert litigates cases himself and as part of the Johnston Tobey Baruch trial team.

“Robert’s attention to detail is phenomenal,” says firm co-founder Randy Johnston. “He can tell you exactly how to keep yourself out of trouble.”

Robert is Board Certified in Consumer and Commercial Law by the Texas Board of Legal Specialization. More than any other specialization, this one requires a broad knowledge of civil law.
Robert served as the 2020 President of the Dallas Bar Association, an honor that speaks volumes about the respect he commands from his peers in the Dallas legal community. Robert presently serves as an Elected Director on the State Bar of Texas Board of Directors.

A 1980 graduate of the University of Texas School of law, Robert began his undergraduate work at Southern Methodist University and graduated as a finance major (B.S. in Economics) from the Wharton School of Business at the University of Pennsylvania. He was associated with two law firms before joining Randy Johnston in a litigation practice in 1987. Perhaps Robert’s best recommendation is the testimonial he received from a client who was defrauded by an investment company until Robert made it right.

“Our situation was desperate until Robert Tobey took the case.”  “It was just Robert against a roomful of lawyers on the other side.  And he outsmarted all of them.”

In 2020, Robert was named to the Lawdragon 500, which annually recognizes the 500 Leading Lawyers in America. He also earned selection as Lawyer of the Year in Legal Malpractice Law – Plaintiffs, Dallas/Fort Worth in 2020, 2021, and 2022 by Best Lawyers in America. The Best Lawyers in America has recognized Robert every year since 2013 in its annual edition in the areas of Commercial Litigation, as well as Legal Malpractice Law and Professional Malpractice Law for both plaintiffs and defendants. Robert has been featured among the Texas Super Lawyers in 2003-2022 by Thomson Reuters, and earned Top 100 rankings statewide in 2015 and Top 100 in Dallas/Fort Worth in 2014-2015 and 2017. D Magazine and his peers voted him among the Best Lawyers in Dallas from 2013-2022. Robert has been assigned the highest AV rating by Martindale Hubbell and a superb 10.0 rating by Avvo.

Robert also serves as Chair of the Advisory Board of the Greater Dallas Chapter of the Alzheimer’s Association.

Partner Randy Johnston attests to his expertise.  “When Robert speaks, you get true words of wisdom.  If he says it, you can take it to the bank.”

Is Your Legal Malpractice Claim Valid?

What is Fiduciary Litigation?

He speaks often on the following: